Best KissAnime alternatives: Anime has gathered millions of fans across the globe. It has become a global sensation to the point if one talks about japan, anime will be the first thing that pops into anyone’s mind.

Surprisingly enough, anime has more mature themes with vibrant characters and colorful graphics. After its shutdown, there is an increase in people searching for KissAnime’s alternatives.

To make it easy for you all we have picked out some of the best KissAnime alternatives. Read on!

Why did KissAnime shutdown?

KissAnime was the most visited pirated websites after PirateBay. when it comes to pirate websites, there will always be an emerging threat from the copyright owners as pirating content is illegal.

In August, Kissanime put a notice on its site that read, “All files are taken down by copyright owners. The site will be closed forever. Thank you for your support.” The same day, Kissanime started trending on Twitter in no time, with many speculating about the website’s shut down.

The shut down of this site was bound to happen since Japan have criminalized manga piracy back in June. with the original sites shut down many mirror sites have emerged with the same name.

No matter how many fake ones emerge, nothing can beat the original site. So, people started searching for KissAnime alternatives.

Below is a list of some of the best KissAnime alternatives. The list includes both legal and illegal ones, so make sure to use a good VPN when using an illegal site.

Similar to KissAnime, Animedao is one of the most popular Anime streaming sites where you can watch both completed and also ongoing anime series. Besides, this site also has Manga series and novels.

Animedao has an extensive library of full-length anime movies and series and can be considered as one of the best KissAnime alternatives.

One notable feature of this site is its “Request/Report” option where users can request a series to be included on its site. This site also has an option to view the upcoming anime series that will be added to it once released.

Animwtosho is one of the very few legal sites there is. This is a torrent based website that lets you download anime with the help of a torrent client like BitTorrent. It is best to stream and download anime from legal websites when you do not have a good VPN.

Animetosho has a massive library of anime that is subbed and dubbed to English from Japanese. It can easily be considered as one of the safest and best KissAnime alternatives.

Netflix needs no introduction as it is widely popular among OTT platforms all across the world. Netflix houses a wide range of genres of video content from across the world. Among its many shows, Netflix also has anime with English dubs.

Earlier, Netflix used to offer only a handful of anime but now it has updated its anime catalogue and is its growing at a good pace. It now offers a ton of Japanese anime. Not just that, Netflix also has some of its original anime like Castlevania, Violet Evergarden, and much more.

Although, its anime collection is still small compared to Funimation or AnimeLab. We believe it will replace all illegal anime streaming sites one day.

9Anime is one of the fastest online streaming sites that has a simple and smooth design. It has a sleeker library of Japanese anime content. Some of its notable features include requests and suggestions; where its registered users can request an anime series to be included. 9Anime has a wide variety of genres, including action, yaoi, mecha, shoujo, drama, magic, shoujo-ai, vampire, josei, samurai, sports, and others.

GoGoAnime has been around since 2014 and still going strong. It has a strong social media presence where you can follow them on Twitter or Facebook. This site lists dozens of popular ongoing anime series right on the front page.

GoGoAnime assorted both dubbed and subbed shows cleanly and has a simple user interface. It lets you choose the servers as per their speed.

GoGoAnime’s redirections are not as maddening compared to other sites. It allows you to adjust the speed of the playback and also download the video content.

Animepahe is a shared repository created by anime lovers for anime lovers from all across the globe. This is no less than a global community where anime fans share their favorite series and movies.

The site maintains an active Discord channel, where people talk about all things anime and recommend new shows to one another. This site has a massive collection of anime series and movies.

Animepahe has a pretty decent user interface with fewer redirections. You can easily navigate through the website without any issues, the homepage displays the latest episodes of an ongoing series every day.

It is safe to say that AnimeLab is a virtual library for all things anime. This site can be considered as one of the best KissAnime alternatives, even better than KissAnime. AnimeLab is a legal streaming site that houses a massive collection of Anime series and movies.

AnimeLab supports some of the major devices such as iOS, PlayStation, Android, Apple TV and also Chromecast. You can stream anything at free of charge.

Besides all of these amazing features like most of the KissAsian alternatives has, AnimeLab has a Unique feature that is also useful.

When you move the cursor on any Anime series thumbnail on their home page, it shows you the information about the show. Like the quick overview of the story, user ratings, if the series is subbed or dubbed, the number of episodes it has etc,

Currently, Animelab is exclusively available for New Zealand and Australia users which is the only drawback this amazing KissAsian alternative carries.

You can still have access to AnimeLab even if you live outside of these two countries with the help of a good VPN service. Let us hope they will soon expand their services in more countries.

Having said that, the interface of Chia-Anime is a little messy compared to KissAnime. Once you visit the website, you will notice ads all over the website which makes browsing through the website a little clumsy. Otherwise, an amazing website that good enough for all kinds of Anime lovers.

The Chia-Anime allows downloading the video content for offline watching as well. You can find both subbed and dubbed versions of your favourite anime on this website, so you do not have to be a native Japanese speaker or learn Japanese to watch your favorite anime.

Collectively, there is everything an anime lover would look for in Chia-Anime which makes it one of the worthy and best KissAnime alternatives.

Animefreak is popular among Anime streaming sites that offer a massive library of Anime series in high quality at free of charge.

There are thousands of Anime series and shows available on AnimeFreak where you can start streaming without having to pay a dime or signing up.

Its interface similar to that of many anime streaming sites available on the internet. There are similar features available that most of the other websites have like browsing by alphabetical content discovery, genre, latest release, and so on.

The only difference is the colour theme of the website which is a little vibrant. Besides, It is a decent anime streaming site where you can find any series. This is a great option if you are looking for one of the best KissAnime Alternatives.

Anime Streams is yet another major Anime Streaming websites on the internet. Similar to other sites, Anime Streams also has a gigantic library of Anime series and movies which give you an experience of the true Anime world.

Its various content discovery option sets anime streams apart from other anime streaming sites. You can search for your favorite series on Anime streams by navigating through the different categories available on the website.

Its some of many categories include Ongoing, Anime Movies, English subbed, A-Z list, English dubbed, and so on. Furthermore, they also have a request section where you can request your favorite anime series to be included if it is missing on the website.

Anime Streams is possibly one of the best Kissanime alternatives and a better replacement of it.

Crunchyroll has been getting huge appreciation from its users since it was founded. It is not limited to anime, unlike most of the KissAnime alternatives mentioned in the list.

You can stream Anime and other shows on Crunchyroll in multiple languages. Crunchyroll is a legal streaming site and is perfect for those who believe in streaming from legal sources. This site has about 15000 hours of officially licensed content and has over 25000 anime episodes.

However, you can only watch limited shows for free. Crunchyroll offers both free as well as premium content. If you do not watch Anime too often, then you can go for its free version.

You will need to go premium if you are an anime enthusiast, as you can only stream limited content on its free version.

Funimation is one of the biggest anime distribution platforms across the world, owned by Sony. This site is known for dubbing and is a great KissAnime alternative for those who prefer English dubs.

Most of the anime on this site is free to watch and are ad-supported. The Demon Slayer, Hunter X Hunter, Rising of the Shield Hero, My Hero Academia are some of the popular anime that can be watched at free of charge. The best part is there is no streaming quality cap.

However, the latest ongoing anime episodes will most likely require a premium subscription. As of now, Funimation is only available in fewer countries like the U.S., Ireland, Australia, Canada, UK, and New Zealand. A VPN will come in handy if you do not live in any of the mentioned countries.

No, KissAnime is not a legal site because most anime on this site is pirated. As if that was not enough, the website pushes a lot of aggressive ads, pop-ups, and also redirections which makes it unsafe. An IP ban had been received by the people who tried to use Ad-block software.

why is KissAnime Popular?

Feel free to share this article with your family and friends. 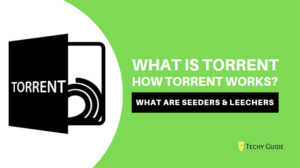 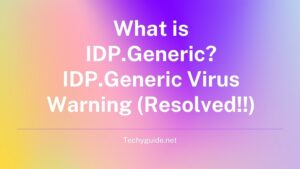 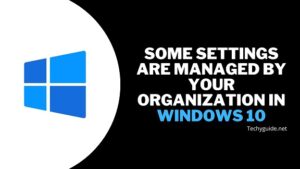 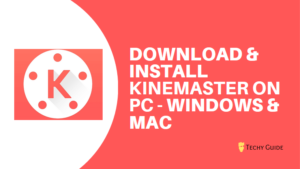 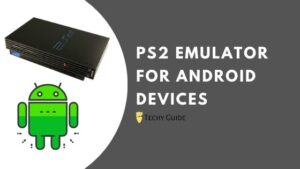